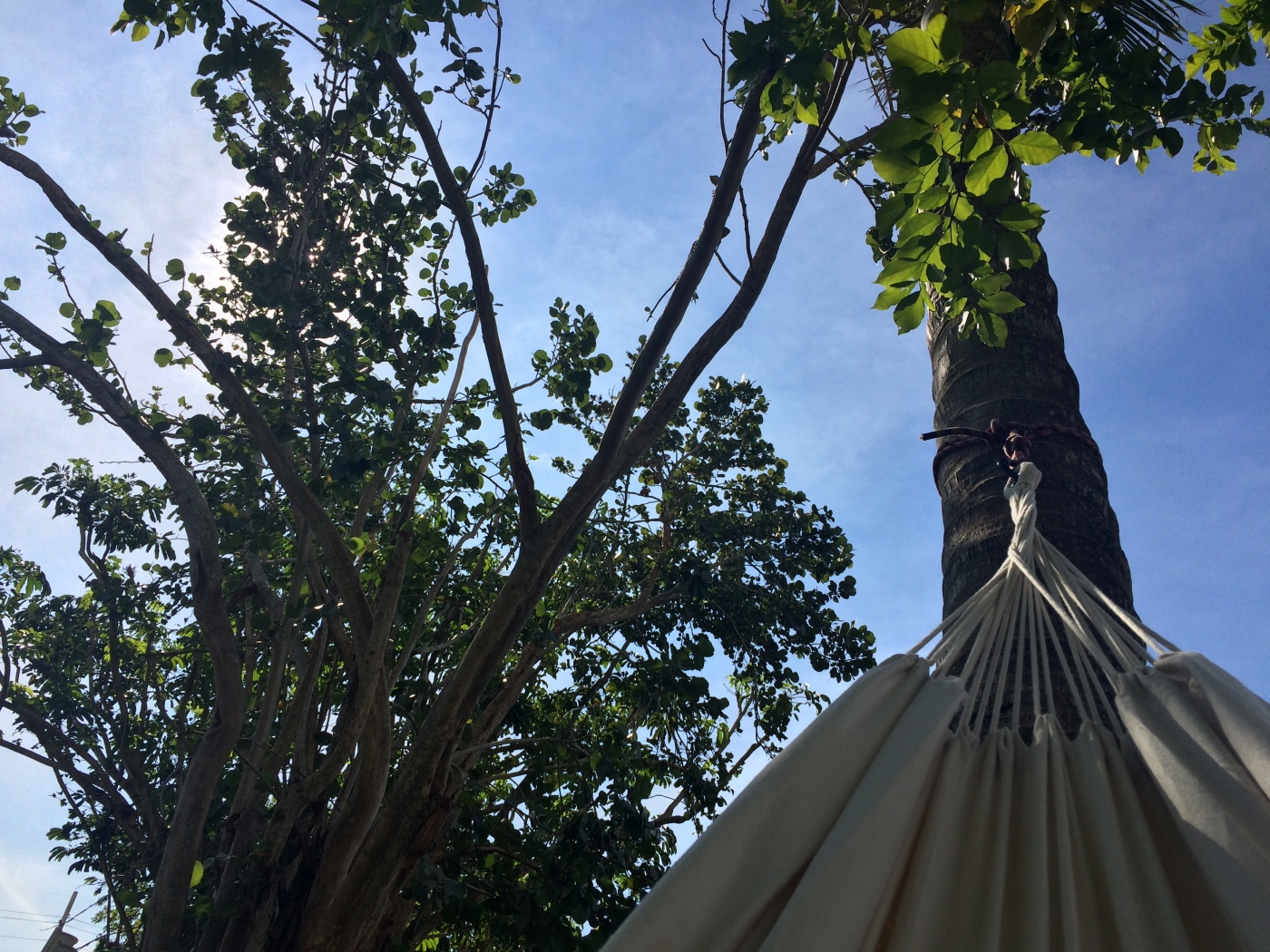 The vulture soars high in the sky, around with its eyes scanning the ground.
The green iguanas wanna blend into the grass, hoping to find an insect at last.
The woodpecker creates a mural of holes on the sea grape tree
And prances around looking for the next spot on his canvas to leave his mark.

The orange iguana looks for the branch to camouflage himself
As a means of protection from the protective watchdog.
It’s tail almost as long as my arm.
A parade of ibis hover over the canal in line with their leader.
A stranger leaves a package from above to say hello to me.
The leaves soak up the sun’s syrup into their veins.

The insect inspects, the spiders suspend, the dogs defend
And the people do the same.

p.s. the iguana in the tree is actually in this photo…camoflauged on a limb on the branches next to the hammock.

Welcome! Thanks for taking time to check out my blog. I hope my experiences and poetry can encourage and inspire you! If you like what you read, feel free to share with others and leave a comment. -Hope